Working with all women is like working in a passive aggressive mental institution.  I am a feminist and I shouldn’t say things like that but I have to be honest.  After all, this is a blog.  Mean Girls is not just a movie about high school bullies.  Turns out, it’s also a real life drama played out in offices.

One day, I left a single spoon in the sink after eating a yogurt.  I can’t remember what I  ate for breakfast today but I remember from 2 years ago what I ate with that spoon, that is how much of an impact this had on me.  I went upstairs to do some filing and when I came back downstairs I found that spoon on a paper towel sitting on my desk with a sticky note saying “wash me” and a picture of a happy face.  Rather than do the I’ll get it etiquette, she took time out from her busy work schedule to passively and aggressively take the spoon out of the sink, rip off a paper towel (no regard for the environment) and waste a sticky note and draw a fucking happy face.

Her other option was to tell me to my face to wash the damn spoon. I would have respected her much more had she done that. 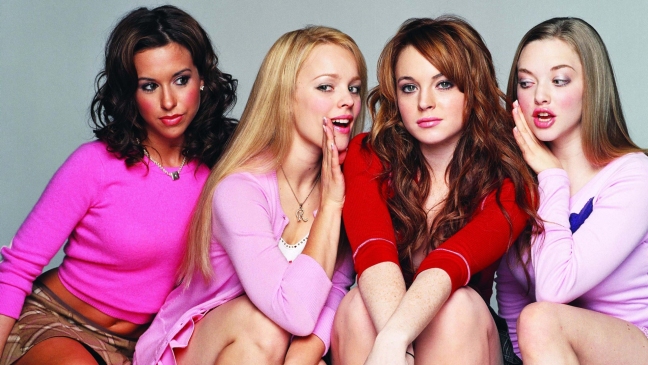 The psycho drama with women-only offices is mind boggling. I find women are more judgmental of the women they work with than the men and there is undoubtedly going to be talking behind people’s backs with an all female office.  Having men in an office seems to neutralize the bitchiness. I’m not saying all men are a joy to work with and all women are catty bitches.  It’s just a more intense, cliquey and even antagonistic atmosphere when it’s only women.

I wish I could say it’s mostly younger women, say in their 20’s that participate in that type of high school behavior. But I would be lying and I already said I won’t do that. It reaches through the spectrum of all ages.  I wish I knew why.  In this case, I can only tell you what I observe – I have not figured out the cause.

I definitely prefer to work in offices where there is at least one man around to counterbalance the imbalance of estrogen filled workplaces.  Although I have to say, I pretty much hate working in an office altogether – to me their like zoos or prisons with cubicles instead of cages.  But that’s a completely different issue.  My point is, it seems like having a man around can quell the most abrasive or scheming of women.  Perhaps, it gives them an opportunity to innocently flirt with someone which calms them.  There is a more playful feeling in the air with a male co-worker in the wings.

I’m also one of those people that wants to be able to hash out a problem face to face.  The passive aggressive types try to sabotage or spread rumors.  They may even try to get others not to like you.

My goal is to avoid the problem by not working in an office at all.   I’m one of those people who thinks we all should treat others respectfully at work and leave your crappy attitude at home.  Take it out on your husband or kids.  (Just kidding sort of).